It was the winter of 2001. The sky was just breaking out into the day, the sun peeking through scattered clouds of brilliant white. I drove with my two children heading somewhere far away and unimportant. It was the first truck that caught my attention, trailing in the back of a convoy of five. 9/11 had struck into our hearts and shattered safety into a million bits of ignorance across our lives. We were a nation united by tragedy, brought together in a flood of solidarity and patriotism to heal our wounds. The United States was in mourning. Our flag was still waving, but our lives were altered. Americanism was in, the stars and stripes were everywhere. That tragic day in September had made our flag the symbol of hope. It was cool to be square. Commercialism at its finest. We were Americans after all.

I drove behind the camouflaged covered military truck, thinking of all the recent events, my children, and where their lives would lead in light of recent events. In the back sat a soldier, his knees facing inward, across a bench that lined the side of the vehicle. He stared out into the world flashing past him, beyond our car and into an abyss of a changed landscape. I watched him, the gaze of a boy on a mission. His mission. He was in uniform, matching the camouflaged colors of the truck, set on disappearing into a battle I had no knowledge of, nor was I supposed to. Our eyes met, and together we drove, locked in a gaze of unity. I thought about my kids and about life. So much sacrifice, so much unsaid, yet a world of understanding. We were a nation in a battle for our future, struggling to overcome sadness, fear, anger. I wanted to tell him that everything would be okay, even if it was a lie. I wanted to hold him and thank him. To tell him how much I appreciated his choice. Protect. I stared back conveying my hope that he would be okay, we would all be okay. Soon.

Rolling down my window I felt the morning air rush across my body. Filling the car with the frigid cold, my children watched, six eyes now focused as the scene unfolded. As a mother your children are everything, what would tomorrow bring in this state of national uncertainty? There were dreams interrupted, lives on edge. He was a symbol of our future. Success. We would continue, fight, pray. Live. Moving my hand from the steering wheel I raised it out the window, into the roar of traffic that surrounded us, the force of air rolling against my outstretched arm. He was someone’s son, standing up for us all in a battle for freedom. Freedom to breath again, dream, sleep without fear. Our eyes never diverted from each other. He watched, I watched. Pouring out my emotions through my actions I raised my fingers and gave him a peace sign. He sat up straighter, focused, and understood.

Suddenly out of the back of that truck no less than ten hands struck out in answer. Soldiers that could not be seen prior reached out in response, each confirming they had heard, each with two fingers raised in reply. Peace was the message. Driving down the 5 freeway, heading south, I gasped. Cried. We were united. A united state of hope rang out. I heard every word. It was the winter of 2001, and, as one, we took the future into our hands.

Actual texts between me and a friend:


Me: Okay, so I'm driving yesterday day???I mean...UhhuhI'm driving yesterday...Yeah...(... A little too much whiskey tonight)Damnit. You never drink with me.And traffic around lax/Santa Monica gets real slowShut upReeeeaaalllll slow... Like like time to smoke a cigarette slow... So I'm driving like 5 Miles Per Help me kill myself and I drive next to-PELGUIN ON THE FREEWAY!!!!What??? Who is pelguin???Just sitting there, IN THE CARPOOL LANE looking at me like " hey there pretty lady"NO!!! Pelican!FuckIn a car?No ON THE FREEWAY. Just standing there looking at me- like "I know about you and your boudjuor ideas you crazy redd" ( insert Russian accent here)WHY IS THE PELICAN RUSSIAN!?!? That's how I saw him, with a hat, beret like and cigar. With that lllooonnnggg beak.... See it?Lol okIt was surreal, yet totally happening. I LOVED it!!! But I was the only one, I thought, who saw it.

(10 minute gap)
So I called 911.Were you drunk then too? Maybe there is a reason you're the only one who saw it...FYI- they SAID they already had a call. A truck was on its way for the bird. So there.Lol suuuuuuuuure.Whatever. My truth is awesome.That it is, redd...that it is. Thank you for sharing such a crazy story! I wish I'd been there.
I'm gonna post it on Facebook.
Hell yeahBut when I do, I'm totally adding the beret and cigar.Hahaha!!!

You know what though, in some bizarre Hollywood way, I wanted to put that dang bird in my car (A little red convertible, which totally had the top down on a sunny CA day- duh) and together we would just kick it back to Grams for her bday before going home. I mean it looked at me, like that.

It was that kind of awesome seeing that bird standing there in the carpool lane, I seriously felt like Ross in Friends with that monkey, and we didn't even have a Scrabble piece to bind us. Calling 911 was like calling the Narc's on him even though I knew he was better, hoped he would better, with some help. Though to me we will always share a cheap cigar and beret (Artists like us need our props). They bind us, tell me you don't agree.
Posted by Shay Kay at 12:24 AM No comments:

On The Other Shore

I'm a first name basis kind of soul. Dave my mailman, Diana my hairdresser, and Jerry my neighbor can attest to that. My address book on my iPhone is further proof for every person within it is listed by their first, not last names. Though not traditional it's never posed any issues and works well for me in storing the information needed for family and friends. There is one caveat that was always more of a joy than a true issue.
Our media buyer from work, Charlie is often needed via the phone to clarify billings. As I am the final step in the process of releasing approval of funds I pick his name from my phone from time to time. Only more often than not I end up calling my friend Charlie in error. Sometimes I get him directly, other times I get voicemail and hang up. On those occasions he will then see that I called, and in true cell phone etiquette always call me back. In these cases there is most always a moment of confusion as I am completely perplexed why he is calling. This confusion always humored him- especially since we have danced this waltz before, but by the end of the conversation twenty minutes have past and I am recharged and always left smiling.
It isn't just inconsequential phone calls either, Charlie was the first person I called when Erik was taken to the hospital. He is part of all of our celebrations, many family vacations, and endless evenings where the stories and laughter outlasted the food on the table.
Tonight I got a call that Charlie died. He had been sick with the flu these last few weeks and it progressed to pneumonia which was just too much for his body to handle. I can't believe it, I just don't know how to put my friend away and tuck those stupid, but oh so precious misdialed conversations away forever. In the fifteen years of knowing Charlie he taught me to surf (okay, tried to teach me), to fish for trout (as well as fry the trout perfectly over an open flame), to never underestimate the power of a good beach bonfire, and to laugh whenever possible among friends.
I will so miss you.

Hiatus
I've been on a self-imposed hiatus. There were too many things going on in my life that required attention or reflection and writing about it just wasn't a priority or even a necessity for me at the time.
I am a part time wife, full time mother, turning in my step parenting credentials in the wake of a broken trust yet to be repaired. And so another level of complexity gets added to my story in this life.
Thus another year passes through the space and time on this ride to where we now once again find ourselves coming together and meeting to catch up to discuss life and share stories. 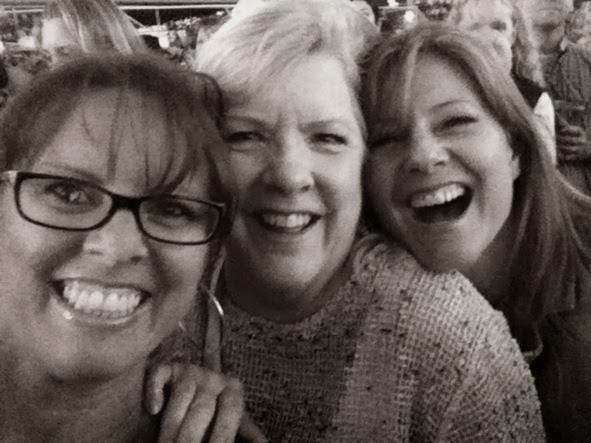 
In my life I have lived many different hats. Mother, daughter, wife, sister. I am always an extension to someone else and I have no one to blame for this but myself for I give to those around me and do so freely, with only so many hours in the day it is no one’s fault but my own when there is little time left when everyone else'e needs are met.

So it is with a great deal of pride when I find myself taking time to do things for myself above those around me. Greater still with the support of my family who supports and assists me in these hobbies and interests without guilt, especially a long standing one that is photography. I have had an interest in Photography since I was a child and my own Mom turned our bathroom into a darkroom so we could spend weekends developing pictures into the wee hours.

Which is not to say I know everything about photography. I just enjoy capturing the world the way that I see it. Recently my daughter mentioned my photographs and the possibilities of submissions into a few photo contests. I have been restless in my accounting job and am feeling anxious to be known more in a creative field. Do it. Was her sixteen year old matter of putting it.

Step in fate and do it I did.

Almost by accident I found out about a contest shortly after my angst and our conversation, so I entered a few photos into Canon and Ron Howard’s Long Live Imagination photo contest in which there are 10 themes. There will even be a movie made from the winning photos.

Well, finalist be damned. But I am among the very lucky, and I am so very proud. Check it out and hopefully you will like it and find a way to vote for it as your favorite. I want to win because it merits amongst the best of the bunch and not because of a mass blog to readers. I am proud of it, I love the comments and it’s true I do walk a little straighter, a little brighter, and I can’t wait to shoot more pictures tomorrow!

Direct link to my finalist piece 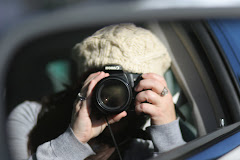